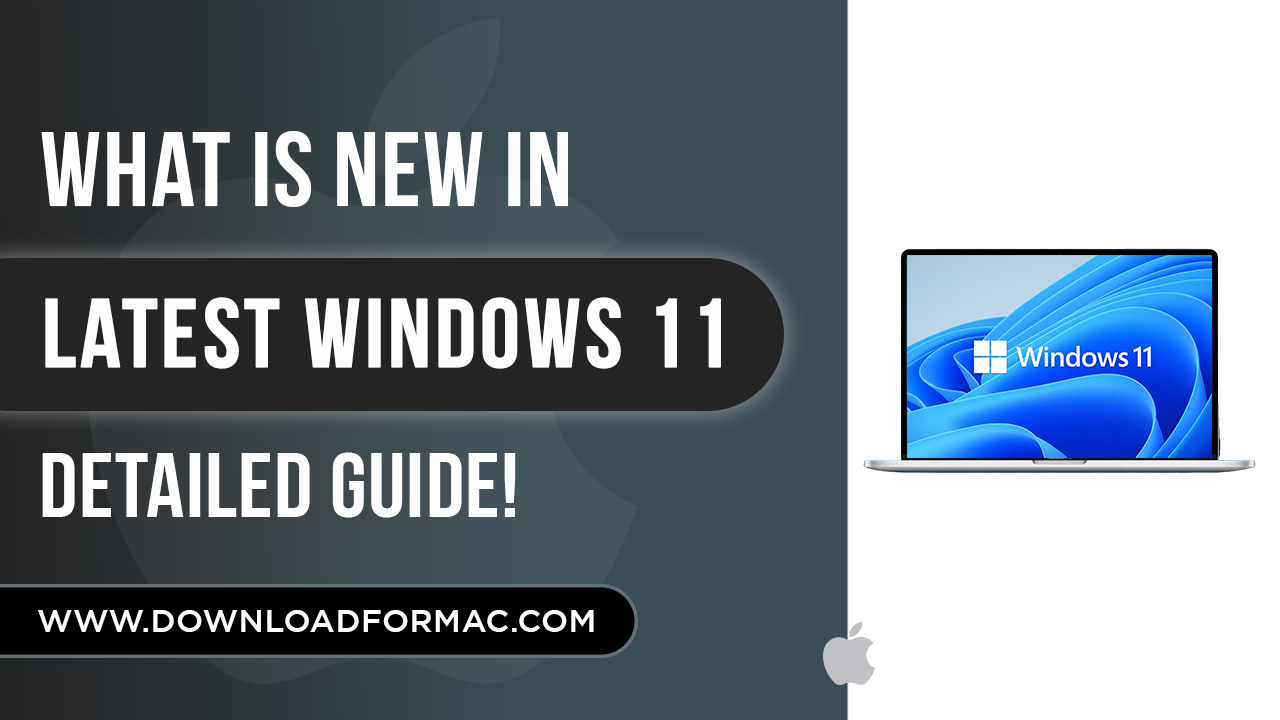 Hi, I know you guys are looking for What Is New In Latest Windows 11. So in this article, we will dig deep and know more about the latest features of the upcoming Windows 11.

Why I am saying upcoming is because the final version has not been launched yet. However, the Preview Build 22000 has been released for everyone in the Beta Testing period.

Very soon final version is going to be available for everyone till then you can enjoy it with Preview Build 22000. Let’s have look at the features of windows 11.

First of all, I would say it is awesome. Windows 11 is fully loaded with numerous features, firstly coming to the look and feel, it is amazing in this version Microsoft is trying to compete with Apple.

After the installation, you can see the first look which is really appreciable, it opens with a gradient look. The first look of the desktop is amazing, Windows Icon has now been shifted to the middle of the taskbar like Apple Mackbook. However, it can be aligned at the left corner also.

Once you click on Start Menu you can see the number of applications is already given there that are not installed but here is a surprise these applications are going to install in a single click directly from Microsoft Store. Is this not Surprising! and a Great feature? I think it is.

Basically, Microsoft developers integrated Native support for Android which you can see once clicked on Start Menu. The new Taskbar is preloaded with Microsoft Team, file explorer, Microsoft Edge, and Microsoft store itself.

The right section of the taskbar usually having the same elements as Windows 10 but with a different and cool layout. In a single palette, everything is given a cool manner which is really cool.

File Explorer is one of the biggest changes in Windows 11, specially design has changed and added some extra icons for other features. Older icons were replaced with the new icons and Top Baar is also having a dark blue look which looks really awesome.

Widgets are new for windows that you can find in Taskbar. Here you can see Weather, Calendar, Stock Market, the Latest news feed, etc. Even on scrolling down the latest news will be automatically get added. You can customize this widgets area and put whatever you want to read or stream.

Under the settings, you can see this feature which gives permission to control whether which applications should run in the background and which are not. You can optimize your system by disabling some apps that are running in the background unnecessarily. However, this feature is only available for pre-installed apps.

Let’s Suppose You want to take a backup of your important file on cloud-like google drive here you can do the same with One Drive. Simply Sync your Outlook account and start uploading files.

This section was given in windows 10 also but here it is loaded with Focus assist settings. You can control notifications by simply click on this option. You can priorities your notifications, Set custom timings for notifications also having some other scheduling options.

The virtual desktop feature is not new but in windows 11 it is available with customization options like change you can choose custom colors for the different virtual desktops. This option can be found in Taskbar.

Also Read:- Windows VS Mac Which One Is Better

Apart from these windows, 11 is fully loaded with lots of advanced features. In this article, I have given some updates about important features of Windows 11. I hope this was helpful for you for more watch the best video available on youtube.