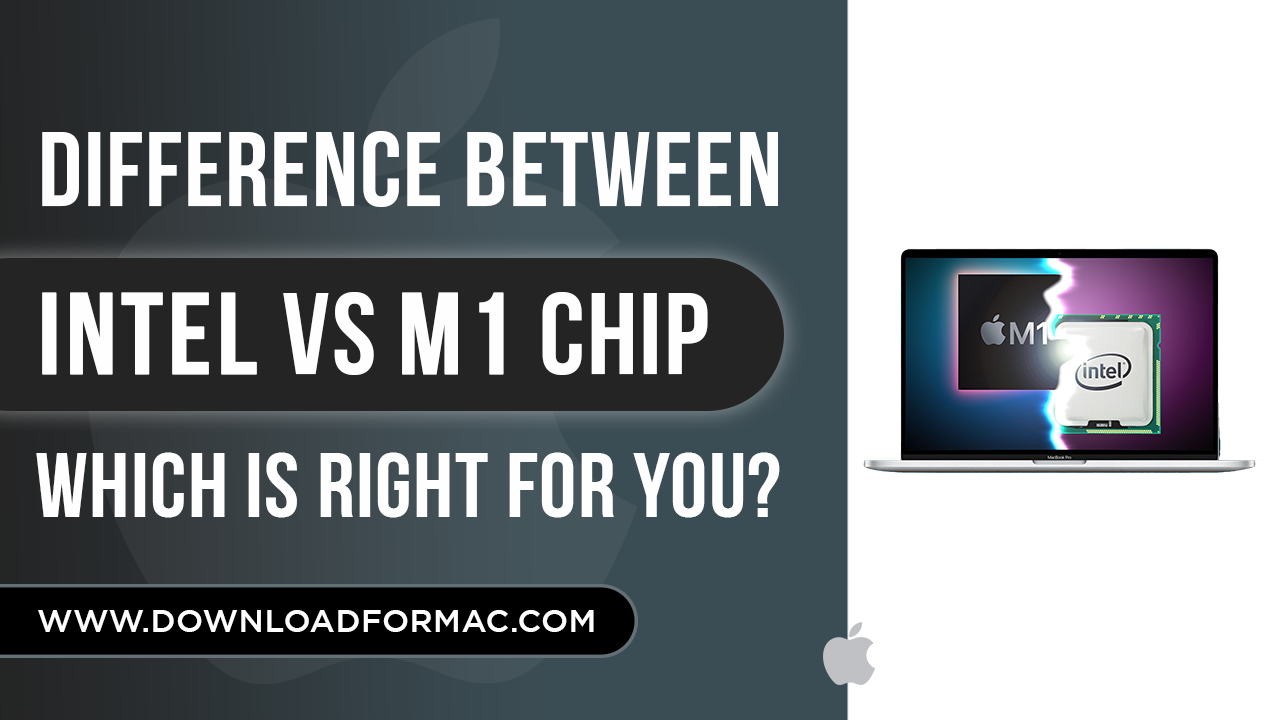 Apple is making its laptop in two varients first is powered by Intel while the second is build on its own house M1 chip Processor. Both versions have their own qualities. And in this article, we will explore and differentiate which version is best for you.

Like iPhone, iPad, and Apple Watch, all these devices run on their own ARM-based system-on-chip (SoC) processor. Apple is likely to kick away intel processors from its environment, and obviously, it is not good news for intel.

Now, Apple is set to in-built its own created M1 chip in its upcoming 14-inch and 16-inch MacBook, which is likely to be released by the end of this year. Simmingly M1 chip is far better than Intel-powered MacBooks, Providing longer battery life and enhancing system performance at a huge level.

Let’s compare both versions, and let’s see which one is better in which area. Intel is also a tech giant globally, and it would not be easy for M1 to compete with Intel. However, in some cases, M1 is doing better than Intel.

So, in terms of price, M1 powered Macbook is cheaper than Intel, and it has as long as battery life which intel is not offering. Where M1 is giving 20 hours of battery life, intel is giving half of it. Therefore, the winner is M1.

Memory and storage are even better in the Intel version if compared with M1. Still, M1 performance is better than Intel’s.

As mentioned above, the M1 processor consists of an 8-core CPU in which 4 cores for performance and the other 4 are efficiency core.

If you see a vast difference in the memory specification of Intel and M1, still, M1 is comparatively faster than mac. Hence, it is obvious M1 is going to replace Intel in future devices.

Battery life really matters for anyone, and M1 powered MacBook offered 20 hours of battery backup while Intel Powered only offers 10 hours, which is quite a big difference.

This is the best-case scenario in real they have slightly low battery performance. M1-powered hardly offers 12 hours, nearly double the Intel-powered MacBook.

Also Read:- What is New In New M1x MacBook Pro.

M1 processor has been built to provide the best speed and system performance which it is doing great. This processor is made with ” Nural Engine ” support, which develops machine learning capabilities, while Intel cannot do this.

Video Rendering: In a test, it is noticed that M1 Powered MacBook Pro can encoding 4K MOV video clips to 1080p MP4 in 1 minute 9 seconds only, whereas Intel took 1 minute 17 seconds to encode the same video.

Gaming:  M1 Powered MacBook Pro is also great in rendering graphics while playing any game. The Graphics visible are more evident than Intel Powered MacBook. Here you can experience a distortion in graphics.

Intel is popular for its quantity which means it can support all kinds of software that runs on MacBooks; while M1 can not do so, developers have to update their code to support M1. However, Apple stated that it is a straightforward process to make your code compatible with M1.

According to the company, M1 supported app development platform known as “Docker” is still under development and in preview mode. Therefore, if you are a programmer, then an Intel-Based MacBook will be better For you.

In the end, if you see, M1-based MackBook is more preferable for everyone because it is balanced overall performance is good, and Obviously, come at an affordable price compared to Intel.